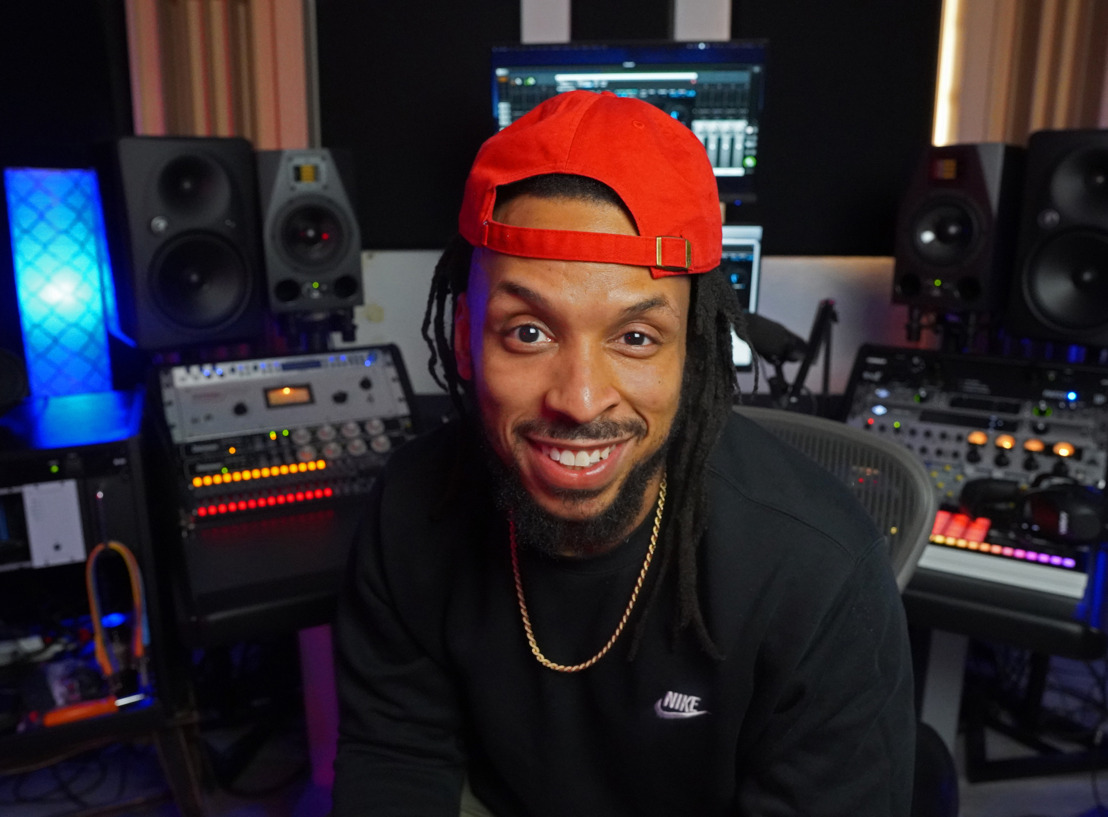 St. Louis, MO, March 29, 2021 — For anyone aspiring to master the craft of professional audio, there are more resources now than ever before. In the ‘60s and ‘70s, one had to intern, become someone’s protégé, or study equipment manuals front to back. Pro audio programs at universities were scant, and there was no ‘online’ option because the Internet didn’t exist. Now there are hundreds of collegiate level audio programs around the world, but these may not be financially accessible for some people. Enter Wavy Wayne, a professional audio instructor on YouTube.

​Thinking ‘outside the box’
​As a former audio instructor at a college in the heart of St. Louis, Wavy Wayne began his YouTube channel as a resource for students missing class: “If somebody missed a class, I would just direct them to my YouTube channel,” he says. “Everything kind of started out that way, and I received great feedback from people both inside the school and out. So I just kept making content.” Now, Wavy Wayne boasts more than 160k subscribers — though he insists he’s never been in it for the numbers. “I am not one to try to reach for a million views,” he says. “If 30 people watch a video and get something out of it, I am fine with that.”

Interestingly, his early video content and his own recording studio originally hinged on the concept of getting away from analog and working insidethe box. Now, his journey has come full circle and Wavy Wayne evangelizes the benefits of working mostly outside the box and leveraging authentic, analog signal chains: “I really do love the sound, the feel and the workflow of analog gear — it changes everything,” he says. “When I am working in the box, I am spending so much effort to make things sound ‘imperfect’. But when I use analog hardware, it already sounds imperfect, giving me the character and flavor that I need. Getting outside the box is so much better.”

Joining the Flock
​When he is not YouTube-ing, Wayne keeps a busy schedule into his recording business, often mixing two or three songs in a day. When he began favoring outboard analog gear — such as his LA2A, Empirical Labs Distressor and his Neve 8816 summing mixer — to their ‘in the box’ alternatives, having to do mix recalls with a traditional patchbay was a non-starter. “I couldn’t do what I do without the Flock Audio PATCH, and I wouldn’t want to do it.,” he says. With PATCH, he uses two primary default presets: one for recording and one for mixing. “I just hit a preset on the PATCH software, and in two clicks, I am set up for recording or mixing. I can then save any specific routings to my session folder, making mix recalls effortless. So if a client wants to tweak something in a certain song, or if they are looking for a different sound, all I have to do is access one of my saved presets and make an adjustment.”

Wayne says that when he first happened upon PATCH, it was something of a revelation: “I was watching YouTube and I saw a video about the PATCH. At the time, I had a few outboard compressors and preamps I was using. I had a traditional 32-point patch bay but only used my outboard for recording because I didn’t want to have to re-patch everything when it came to mixing. So when I heard about PATCH and I saw how it worked, I purchased the 64-point PATCH unit and never looked back. Now, just because of PATCH, I have tripled the amount of hardware I own,” he says.

A superhero among patchbays
​Setting up PATCH in his existing ecosystem was seamless, taking just 15 minutes: “Darren [Nakonechny, CEO/Founder of Flock Audio] had some great videos on the website on how to set it up and use the PATCH App, and setup diagrams made it super easy to understand everything.” Wayne says PATCH soon became less of a utility and more of a creative boon: “I feel like now I can get so much more creative in my audio workflow,” he explains. “I can literally drag and drop another compressor into my signal chain, without even stopping the playback. Or I can swap a preamp and immediately hear the result. It is just so fluid.”

Wavy Wayne’s most recent studio addition is a PATCH LT, which he uses in combination with his PATCH, giving him an additional 32 patch points. “This works well for me, since I am using it in combination with my new Neve 8816 Summing Mixer,” he explains. All in all, he says his investment the PATCH ecosystem was a smart choice. “It really modernizes working with hardware, which is really invaluable to me. If you are going to build a new studio and you are using analog gear, why would you put any other patchbay in? This is the wave of the future, and it seems like a no brainer.” Meantime, Wavy Wayne says that his old analog patchbay is at the bottom of a closet somewhere, never to be seen or heard from again.

​About Flock Audio
​Flock Audio Inc. is a pro audio manufacturer based in Kelowna, Canada, founded in 2017. The company is best known for its PATCH System Series, which is a Digitally controlled, 100% analog patchbay routing solution for professional audio environments. For more information on Flock Audio and its products, please visit the company website at http://www.flockaudio.com.