Atlanta, GA – October 29, 2020 – In the world of modern electronic music, Richard Devine is not only a prolific music creator with several albums and EPs to his credit, but he is also on the bleeding edge of sound design and audio programming. He is constantly testing new equipment and audio processes for DevineSound — his production company that routinely churns out high-quality content for the film, television, gaming and hardware/software industries. Most recently, his audio technology forays include live coding, programming and AI, in addition to having completed his latest EP of new material, entitled SYSTIK.

Harnessing new possibilities
While Devine relies on dozens of pieces of gear to achieve his sonic goals, one of his most recent equipment acquisitions, Flock Audio’s PATCH System, remains at the center of it all. When he discovered PATCH in late 2019, it was a watershed moment that he was ready for: “I’m the last person that would complain about patch cables, but I felt like it is 2020. The technology has gotten so much better and we are now able to fully utilize computers,” he says. “It just didn’t feel like traditional patchbays were keeping up with the times and with modern possibilities.”“

I was looking for something that could solve the problem for people who are in my situation, that have lots of outboard gear and want to get the most out of their signal chains,” he explains. Devine works in a hybrid set up, using a combination of hardware and software-based systems that are all integrated together. At the end of the day, everything winds up in his computer. Harnessing the potential of all his gear was something of a monumental challenge: “I have dozens of 500 series boxes around here of every variation and manufacturer, but if they are difficult to access, it doesn’t make much sense.” he explains. “With PATCH, I can dial in any piece of gear quickly and efficiently, with a couple of clicks of the mouse.”

Anyone who has listened to Devine’s work, and particularly his latest album SYSTIK, knows the level of sonic detail present in every aspect of the recording — as well as the final mix. “Each element of my mix, whether it is the hi-hat, kick drum, snare or bass sound, has its own discrete signal chain that goes through some pretty nice hardware,” Devine elucidates. “It is really neat to instantly access a customized routing preset for any of these elements and have an instantly recognizable sound. The signal chain is all there for you, already snapped together.” On his new SYSTIK EP, Devine relied on the PATCH System extensively during the tracking, mixing and mastering phases.

A student of the craft
Despite being at the top of his game as an electronic music producer, Devine still considers himself a student of the craft, constantly learning new approaches and techniques for his work. One of the unexpected benefits of adopting Flock Audio’s PATCH System has been an increased understanding of his equipment infrastructure: “Now, I can use my hardware in any configuration, and I am much more knowledgeable about each individual element,” he observes. “PATCH has not only helped me to use my equipment more efficiently, it has also helped me understand how every piece of gear is influencing the sound. Now, I can easily do A/B comparisons, mute things on and off, or mult the signal across several devices to hear the possible result.”

Since acquiring PATCH, Devine has been able to quickly evaluate and alter his signal chains at will — not just for each recording channel, but also for stems and final masters. “I tend to do a lot of equipment shootouts where I am comparing pre-and post-processing involving a range of EQs, compressors and other equipment. My approach is to try every option and see what happens. And with PATCH, I have the ability to explore any of these options. It has really opened up a whole new world of possibilities for me in mixing and mastering.”

Honesty and transparency
Before implementing PATCH into his equipment infrastructure, Devine wanted assurance that the system would be completely transparent, and not introduce any color or artifacts into audio passing through the system. “The very first thing I did on the PATCH was to conduct listening tests,” he recalls. “I listened to a couple tracks directly through PATCH — on two different converters that are slightly different — and then bypassed it altogether. Truth be told, I could not hear any difference between the PATCH and the original converter.”

“The system was completely passive, so this gave me even more confidence in implementing PATCH into my system. The fact is, there is no A/D or D/A conversion in PATCH — it is a digital router and it never touches the analog signal. And after my initial tests, I quickly became a believer. My old patchbay is in the closet now.”


About Flock Audio
Flock Audio Inc. is a pro audio manufacturer based in Kelowna, Canada, founded in 2018. The company is best known for its PATCH System Series, which is a Digitally controlled, 100% Analog Patch bay routing solution for professional audio environments. For more information on Flock Audio and its products, please visit the company website at http://www.flockaudio.com. 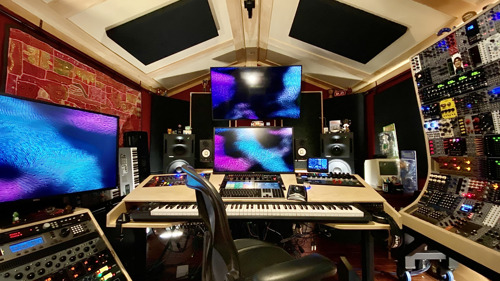 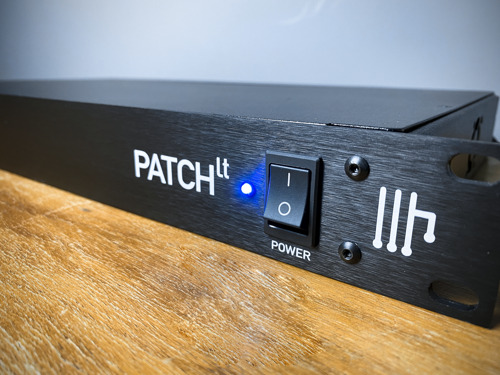 About Flock Audio
Flock Audio Inc. is a pro audio manufacturer based in Kelowna, Canada, founded in 2018. The company is best known for its PATCH System Series, which is a Digitally controlled, 100% Analog Patch bay routing solution for professional audio environments. For more information on Flock Audio and its products, please visit the company website at http://www.flockaudio.com.