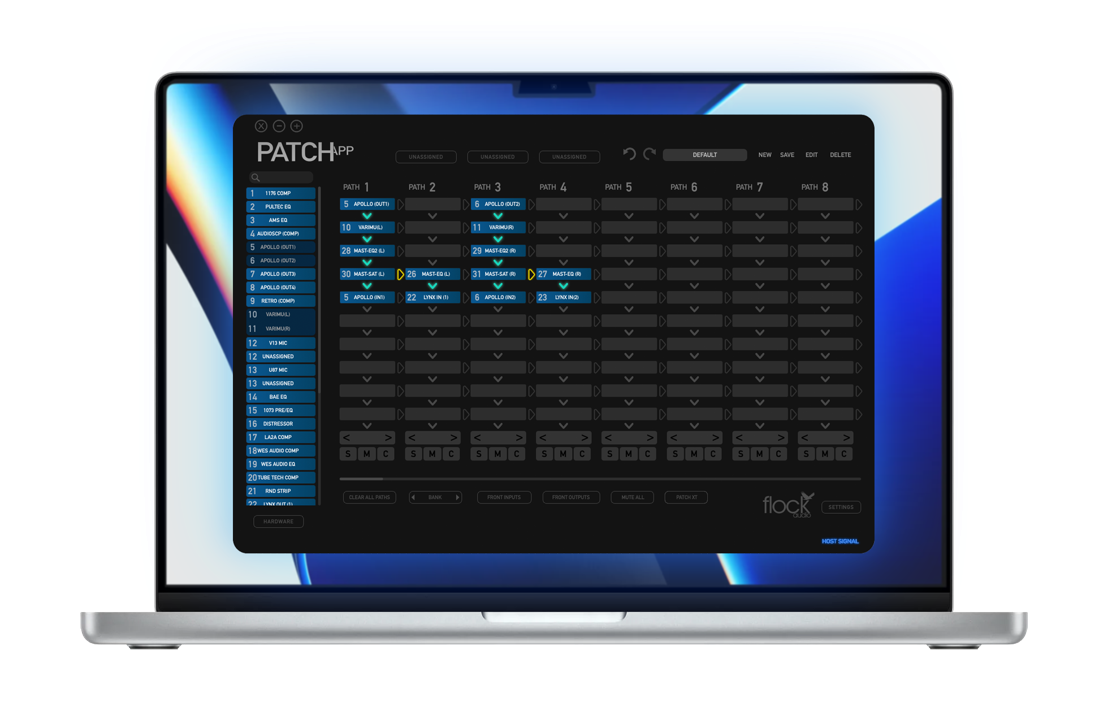 Kelowna, British Columbia - Flock Audio has announced the release of the latest version of its powerful and intuitive PATCH APP control software, PATCH APP 3.0. PATCH APP is a desktop application for Windows and Mac OSX that allows seamless digital control of Flock Audio’s revolutionary PATCH Series line of fully analog signal-routing hardware, enabling workflows never before attainable with conventional patchbays. PATCH APP 3.0 incorporates user interface upgrades as well as improvements to functionality, reaffirming Flock Audio’s commitment to delivering a premium product for recording, live sound, broadcast, and more. It also provides support for the forthcoming PATCH XT model, the most comprehensive PATCH Series routing solution yet with its 96 inputs and 96 outputs for a total of 192 points of I/O.

“Since their release, PATCH and PATCH LT have dramatically increased the speed and efficiency with which users can incorporate analog hardware into the modern studio or live environment,” says Darren Nakonechny, CEO and Founder of Flock Audio. “PATCH APP lies at the core of the PATCH workflow, and we are passionate about optimizing the user experience therein. By listening to user feedback and incorporating our own observations, PATCH APP 3.0 makes a number of improvements that should make routing your analog hardware even more seamless than before.”

Highlights from the PATCH APP 3.0 update include the following:

PATCH XT - PATCH APP v3.0 has been updated for compatibility with PATCH XT Hardware Models, including the implementation of new features specific to that hardware.

For a full feature list for PATCH APP 3.0 and more information on the PATCH System, visit: http://flockaudio.com/patchapp.