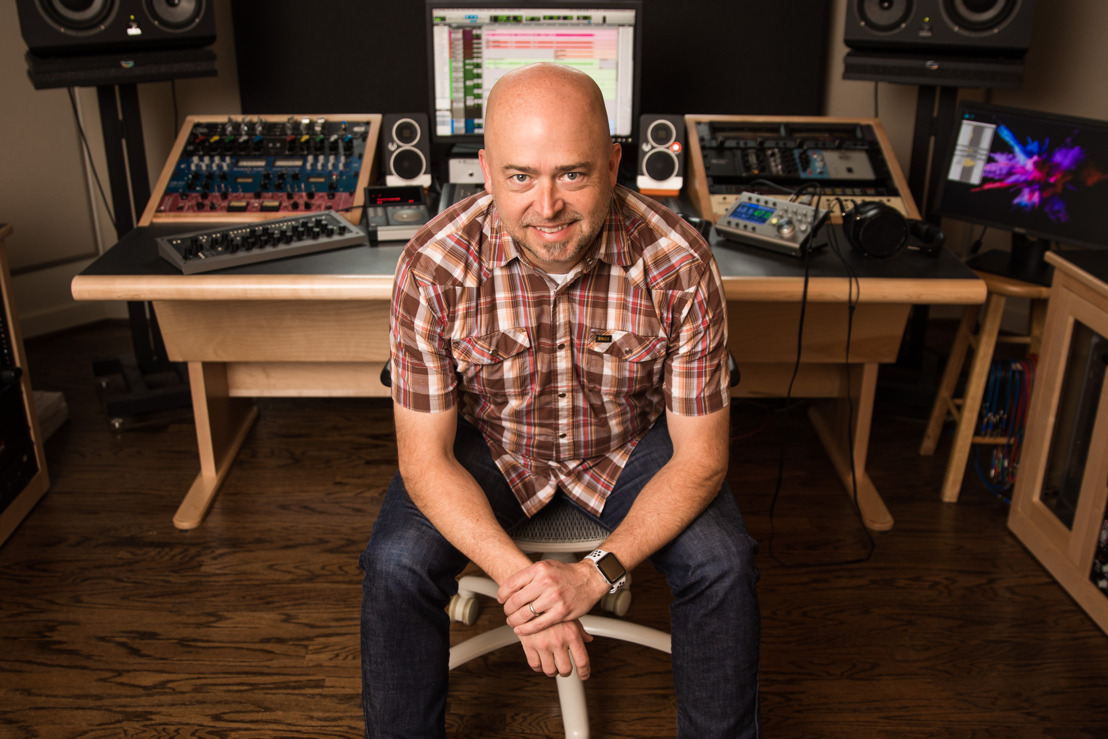 Nashville, TN, October 25, 2022 - When Russ Long arrived in Nashville to attend Belmont University’s audio program in the late 80s, his plan was to acquire training as an engineer and then to relocate to one of the coastal music hubs for employment. But falling in love with Music City, he quickly engendered himself to the musicians and producers working at the local studios. “At first I was working on demos, which often involved the same session musicians who would play on the final recordings if the song went somewhere,” he says. “So, I got to do some major label work because the artists I recorded demos for ended up getting signed. It took off from there.” Cutting his teeth in the studio during the era of analog recording, Long gained an appreciation for the sonic advantages of outboard hardware, which he still uses in his audio work today. Recently, Long has turned to the power of the Flock Audio PATCH digitally controlled fully analog patchbay to bolster the speed and flexibility of his hybrid digital and analog workflow to keep up with today’s fast-paced recording industry.

The sound of hardware
​Relocating outside of Nashville to nearby Brentwood, Long built a home studio to function as a mix space. The studio incorporated many of his favorite outboard hardware units, from EQs to compressors to delays and reverbs. “Mixing has really become my focus, and analog gear is a really important part of my workflow,” he says. “While there are a lot of fantastic plug-ins that get you 98% of the way there, that extra 2% that the actual hardware provides is just invaluable.” Long notes that the way that records are made now–more often a piecemeal process than a stretch of continuous sessions–requires agility on the production side.

“Back in the 90s people would book weeks at a time at a studio to make a whole record from beginning to end. But now even the biggest of records often have the producer doing some overdubs at their home studio or the artist cutting the vocals on their own at their place. Being able to bounce back and forth from song to song as your mixing is essential.” Not wanting his beloved outboard to be left behind, Long discovered the Flock Audio PATCH and PATCH APP 3.0 software, allowing him to achieve the agility he requires in the mix process with an all-analog conversion-free signal path.

Revitalizing versatility
​Before the PATCH, Long had wired his mix room to utilize outboard hardware in a pre-routed set-it-and-forget-it configuration. “I used to just have everything patched to my most used routings,” he explains. “I rarely moved the cables. One cable always goes here, another cable always goes here, and I work around that. This allows for straightforward recalls, but it’s very limiting creatively.” Discovering the PATCH Series, Long realized that the PATCH provided a way to more fully explore the potential of his hardware without sacrificing recall-ability. He acquired the 64-point PATCH, which features 32 inputs and outputs on DB25 connectors and a pair front panel XLR I/Os and integrated it into his setup.

Long found integrating the PATCH utilizing the PATCH APP control software to be immediately comprehensible. “It’s such a well-designed piece of gear that you can jump in and start using without reading a manual,” he says. “I got it up and running without any problems.” Long patched 24 channels of outboard gear in total to his PATCH, saving 8 channels of throughput for his interface’s ins and outs. “I’ve got all my EQs, dynamics, and spatial effects connected,” he says. PATCH APP’s intuitive interface allows Long to experiment with routings until he finds the perfect option, with recall never more than a click away. “The PATCH allows me to use completely different routings from song to song, store them as a preset, drop that in my session folder, and instantly recall it when I open up that song again,” he says. “It’s pretty amazing.”

Quick on the draw
​Long recently found himself reaping the gains in efficiency PATCH provides while working on a record for the band Shadowland, a Nashville supergroup featuring Sandra McCracken, Luke Laird, and Brett Taylor. “I’ve worked with Sandra a lot, and Luke’s a very successful producer working with artists like Kacey Musgraves and Thomas Rhett,” he says. “They wrote the music for this project in an old cabin from the 1800s and we recorded it there on site. The vibe was amazing.” Back at his mixing studio, Long used the PATCH to deliver the crisp sounds of his pure analog signal path without sacrificing versatility. “Working on a full album, the PATCH really got to prove its worth because we’re bouncing back and forth between songs,” he says. “With PATCH I’m not missing a beat, even if there are very different routings from one song to another. It was easy to see how much value the PATCH added in time savings.”

While working on a mix, Long also appreciates the ease with which the PATCH allows him to conduct A/B comparisons of different routing options. “It’s so easy and fast to change up a routing in PATCH APP,” he says. “If I want to compare having a compressor before an EQ versus the EQ before the compressor, I can do that on the fly, whereas the time it takes to do that with a conventional patchbay makes it hard for your ear to really make an evaluation.” Long also leverages this flexibility to take advantage of some problem-solving studio tricks he has found useful time and again. “Sometimes if I have a reverb that’s too bright I like to run a dynamics processor before the send to de-ess it,” he says. “PATCH APP lets me drop that hardware de-esser right in there with a single click.”

The more the merrier
​The ability to create mults in the PATCH APP routing matrix is another one of the features of the PATCH that Long has found valuable during the mix process. “The PATCH’s mult functionality is the coolest thing of all,” he says. “The ability to create however many mults you need in an instant makes your patchbay super flexible.” Long utilizes these mults to create more dynamic mixes utilizing his hardware sends. “Sometimes I’ll have a slightly different path for a different section of the song,” he says. “Like maybe I want the bass to have a little more grit on it in the bridge, for example. Sure, you can print and automate this stuff in the DAW, but it’s way simpler with the PATCH to just have it coming back on another channel and just automate volume instead of a bunch of plug-in parameters. Truly amazing!”

In addition to the mix room, Long sees applications for PATCH’s mult functionality in the recording studio. “A lot of times in the studio you might engage a dynamics processor that sounds great but may be questionable to print in case it proves too drastic,” he says. “With PATCH it’s incredibly easy to mult the input signal and record one dry and one wet track. Then if the mix engineer working on the track decides that the processing was too much, they can always go back to the dry version. They can see the vibe we were looking at in the studio while retaining the option to take things in their own direction.”

Hardware at a click
​For Long, PATCH is the kind of innovative approach to hardware management that gives him confidence that outboard is here to stay. “I think the PATCH bridges that gap between analog gear and the modern-day studio,” Long says. “I expect we’ll start to see it in a lot of tracking spaces and mixing spaces alike. Imagine going to work in a studio and being able to access all of the studio’s outboard racks from the comfort of the central mix position just using the mouse.” As a new generation of engineers reared in the digital age discovers the magic of analog hardware, the PATCH Series also provides a useful point of entry into the analog domain. “PATCH gives today’s engineers the workflow that they’re familiar with from working with the DAW, but with all the benefits of analog,” Long says. “It’s the future of hardware integration.”
​

For more on the PATCH System, visit: http://www.flockaudio.com.